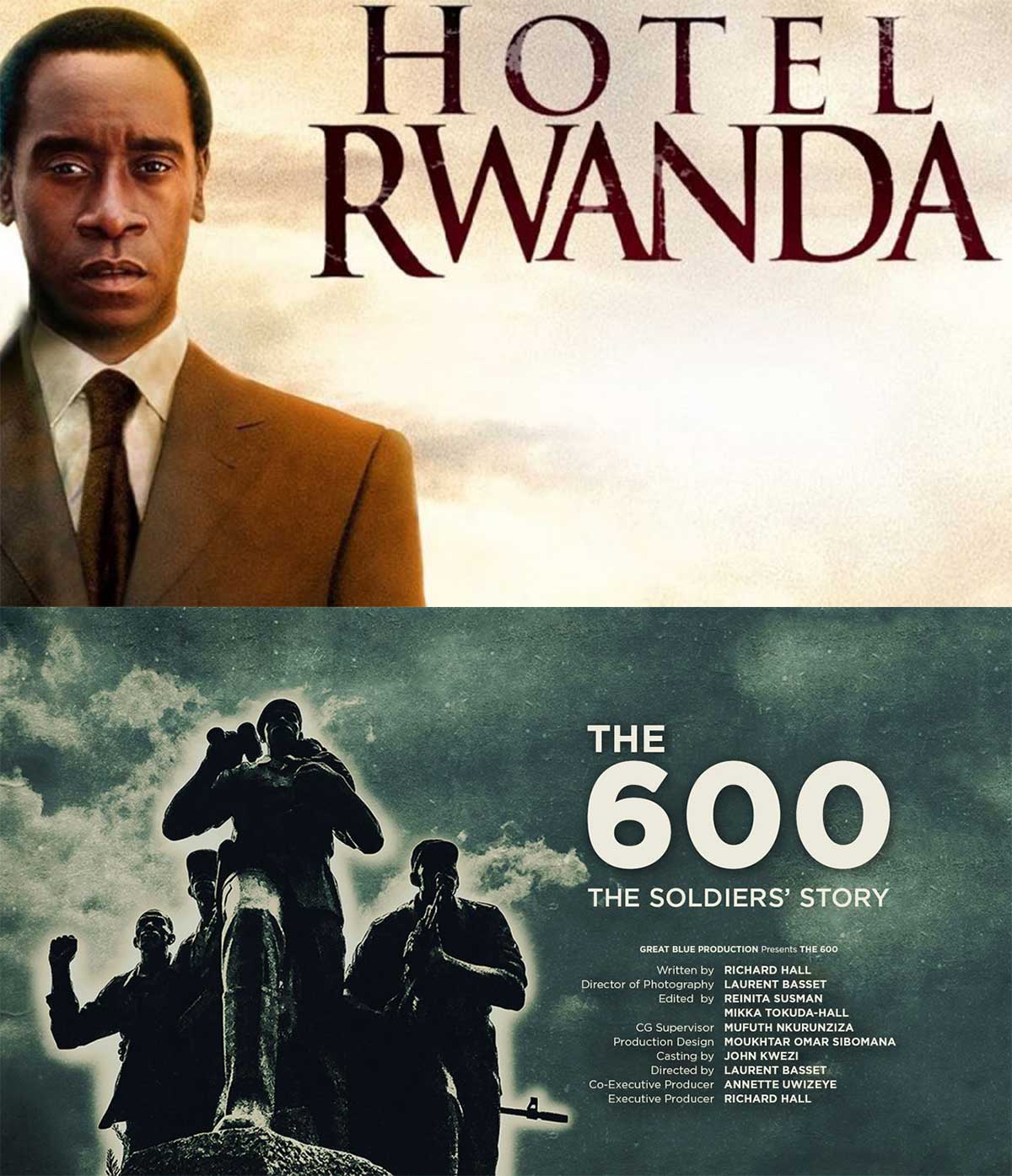 I probably get asked about this comparison more than anything else so here are some thoughts. It goes without saying that the English language movies about The 1994 Genocide Against the Tutsi are few and far between on screen, and therefore the West usually has an incomplete understanding of those events. I am not here to say “The 600”, a modestly self funded documentary, can compare to these multimillion dollar scripted projects, but there are some points to make. Hollywood did it’s take with “Hotel Rwanda”, but given the commercial nature of that project, liberties were taken with the story. Let’s compare some very basic things. A Hollywood movie ‘based on actual events’ will still make up dialogue and events, put different characters into one composite character, and can blend or omits facts in the interests of telling a compelling story. Hotel Rwanda succeeds in expressing the horror and terror of the Genocide against the Tutsi, but fails by glamorizing it’s hero with some convenient and well documented ‘look the other way’ omissions about the complete story of his own role. And it’s so focused on it’s Western characters to engage the Western audience, that it relegates the Rwandan perpetrators and the Rwandan victims as background. It’s The Genocide made accessible for the West. Black Earth Rising gets points for raising interest about The Genocide and its aftermath, but it is wholly fiction and chose the best story line twist it could think of to entertain an otherwise historically unsophisticated audience. It should not be taken as gospel, but as a work of fiction playing with some of the most tragic events of our time. That’s a pretty serious move. I cannot think of a Holocaust movie offhand for example, that went quite as far in the name of plot twists at the expense of historical background. IE, it’s always Churchill and Roosevelt not some made up world leader. It blurs the line dangerously between history and fiction, especially with a story as under-covered as Rwanda’s Genocide against the Tutsi, where most Western viewers would not be able to discern the fact from the fiction. If I saw a made up leader in a Holocaust movie, I’d know immediately that it was fantasy. In Black Earth Rising, I’m not sure viewers were equipped with the background knowledge needed to put the fantasy into context. So while it seemingly tracks history, it has no historical relevance. It exploits a complex narrative. I personally would not have taken any of these liberties. These are just my opinions as a filmmaker. What I can say about The 600 is that there are no Western analysts or journalists or historians or screen writers weighing in. It is authentically Rwandan…only participants in the 100 Days in Kigali are interviewed and their stories complement each other: Rescuers talks about Rescuees and vice versa in the same events. The capsule history leading up to 1994 is for what I hope are many first time or casual visitors to this tragic period in history. And overall, I trust the film is inspiring in it’s story of sacrifice and courage.
hotel rwanda, the 600 movie
6
prev article next article